We are programming our live musical performances for 2022.  Check back in the coming months for announcements. 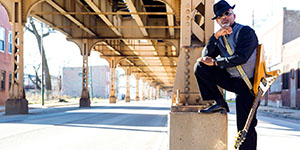 Chicago bluesman Toronzo Cannon defies all expectations. The blistering guitarist, soulful vocalist, singular songwriter and city bus driver fuses his muscular, rock-inspired blues guitar playing with his original, keenly detailed slice-of-life songs, blazing his own blues trail. With the 2016 release of his Alligator Records debut, The Chicago Way, Cannon burst onto the international stage as one the most electrifying bluesmen to emerge from Chicago in decades.

“Cannon is at the front rank of Chicago bluesmen. He creates wide-screen modern arrangements for wry, thoughtful songs, molding an ensemble sound that’s both tempestuous and scrupulously controlled.” –MOJO

Cannon bought his first guitar at age 22, and his natural talent enabled him to quickly master the instrument. Although his initial focus was reggae, he found himself increasingly drawn to the blues. “It was dormant in me. But when I started playing the blues, I found my voice and the blues came pouring out.” He absorbed sounds, styles and licks from Buddy Guy, Albert Collins, Hound Dog Taylor, B.B. King, Albert King, Freddie King, Jimi Hendrix, J.B. Hutto, Lil’ Ed and others. Although influenced by many, Cannon’s biting, stinging guitar sound is all his own.

Cannon is part of the post-'80s generation that is just as much influenced by rock as the blues. Where he separates with the rest of that pack is that Cannon puts the song ahead of the solo. —Chicago Tribune 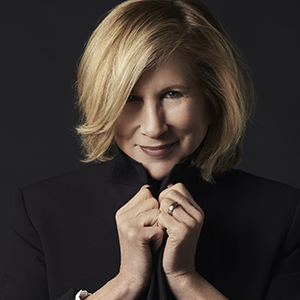 Best known for the poem she wrote that became the classic "Killing Me Softly:, Lori Lieberman is currently recording her 20th album, entitled, "Lori Lieberman", "Truly". This album represents a departure for her, artistically and conceptually, with a selection of songs she grew up listening to on the eight-track tape machine in her father's car, in Switzerland, where she grew up.

Lori Lieberman has toured worldwide since the 70's as a Capitol artist, and in recent years, performed twice to sold out audiences at Carnegie Hall, and the famed Concertgebouw in Amsterdam, with the noted Matangi String Quartet.

She will be performing at the AXPONA on April 23rd, with the Chicago-based pianist, Jeremy Kahn and his quartet. The evening will feature songs from her new release, as well as a retrospective of songs from her earlier catalogue. Don't miss the chance to catch this rare concert from one of our most enduring artists.